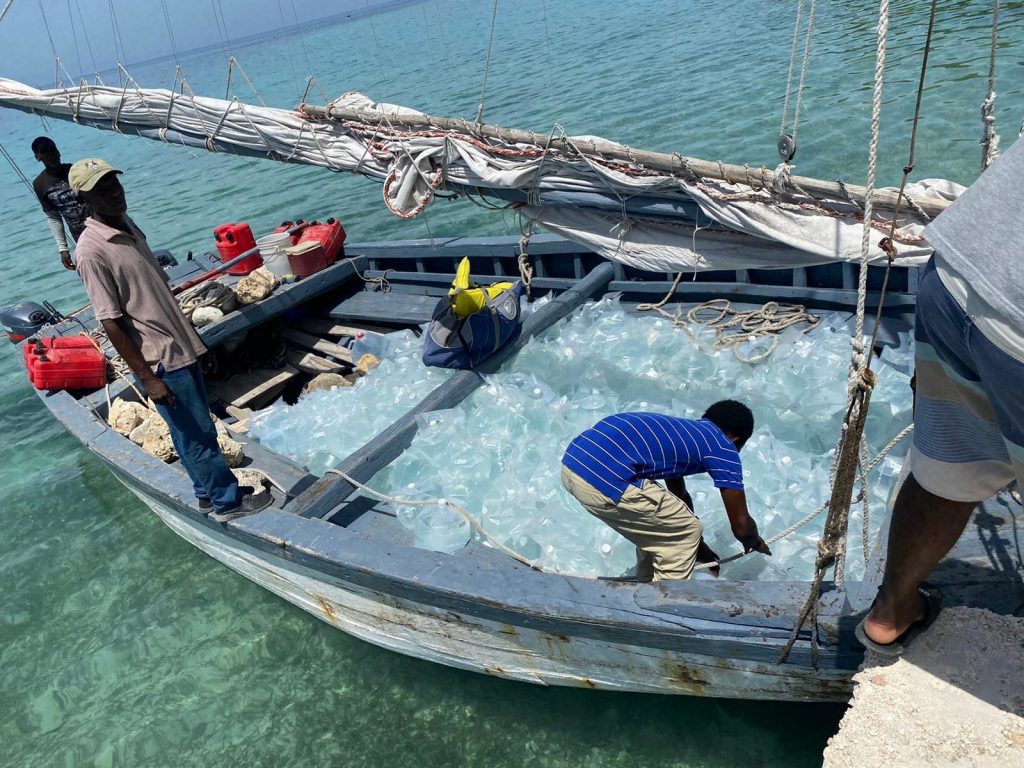 In the wake of a disaster, clean water is not only vital for hydration but also for preventing secondary health emergencies resulting from lack of sanitation and hygiene. The earthquake relief effort launched as Tropical Storm Grace slammed Haiti with heavy rain and flooding, complicating the disaster response as the country also contends with political instability and the coronavirus pandemic.

Clean water for the emergency earthquake relief effort is being produced at GivePower’s solar-powered desalination plant on the Haitian island of La Gonâve, which remains intact and operational. The Solar Water Farm Max was completed in May of 2020 and produces up to 70,000 liters of clean water each day. The system was originally funded, in part, by World Hope International. 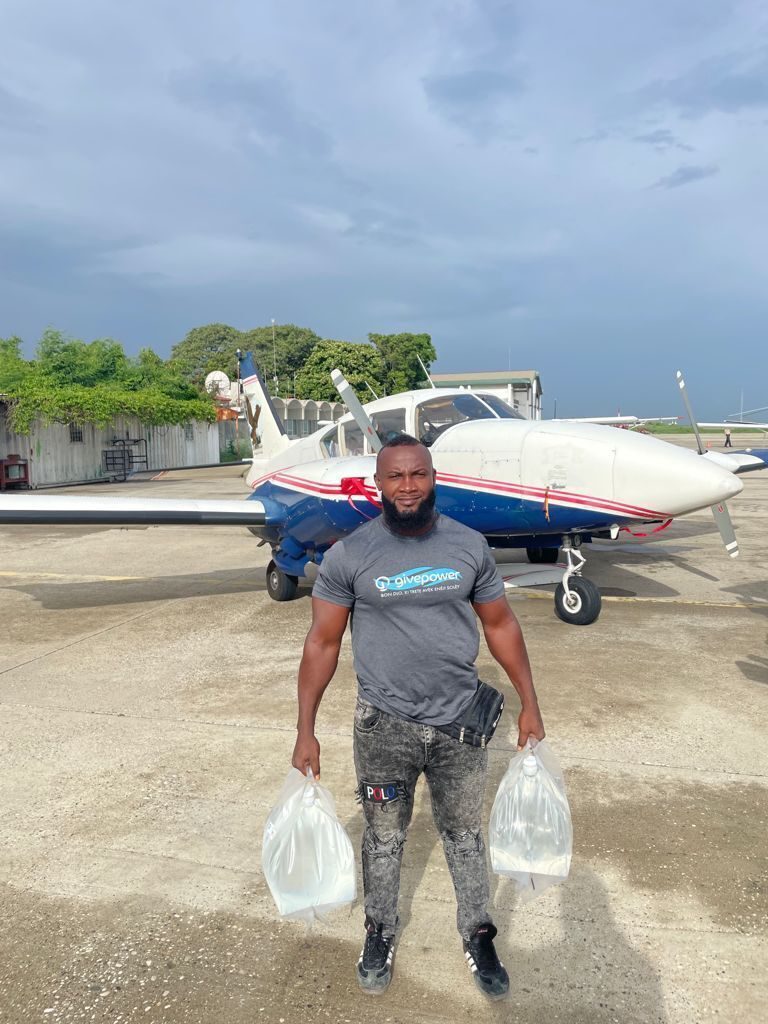 “This relief effort is very personal for me, as one of the cities hardest hit, Les Cayes, is my hometown,” said Getro Deliscas, GivePower’s Solar Water Farm Site Manager in Haiti. “While it breaks my heart to see Haiti suffering again, this emotion only drives me to do more to help my Haitian brothers and sisters. I am grateful to be in a position where I can be of assistance, and I am grateful to GivePower and our partners for their support as we act quickly to deliver critical water to those who need it most.”

“Clean water is a necessity every day, and especially in a disaster situation,” said John Lyon, CEO and President of World Hope International, which launched the Solar Water Farm with GivePower in La Gonâve last year. “We’ve mobilized a rapid humanitarian response in the aftermath of another powerful earthquake to hit Haiti thanks to the incredible talent and hard work of local staff, such as Getro. His leadership is a perfect example of our mission in action; empowering people with tools to solve big problems in their own communities.”

With support from World Hope International, CORE, WISH and World Central Kitchen, Deliscas, his team, and a host of local volunteers bottled and delivered an initial 9,500 liters of water to communities at the epicenter of the 7.2 magnitude earthquake on Tuesday. Amazon’s donation of 17,000 20-liter containers to World Hope International will enable the daily deliveries to grow in the coming days. The Solar Water Farm will continue to meet the water needs of the local La Gonâve community in addition to supporting the disaster response.

The earthquake has officially claimed the lives of more than 2,100 people to date. More than 12,000 people have been reported injured and an unknown number are still missing. UNICEF estimates that 1.2 million people, including 540,000 children, have been affected by the earthquake in some way. Recent events are a devastating blow to the country, which is still recovering from a deadly quake in 2010 that destroyed the Haitian capital of Port-au-Prince and several other cities in the region.

“World Central Kitchen is a team of food first responders, we mobilize with the urgency of now to get fresh meals to those who need them most,” said Nate Mook, CEO of World Central Kitchen. “We’re grateful for GivePower and World Hope International’s support and water for the Haitian community. The situation is evolving quickly and has been especially challenging with the increasing number of patients injured from the earthquake, COVID, and difficulty gathering medical supplies. We are just honored to support and do our part.”

“We are so grateful for this partnership with World Hope International and GivePower,” said Ann Lee, CEO and Co-founder of CORE. “This comes at a critical time and will be a game-changer, enabling us to quickly deploy teams on the ground to support life-saving operations to those most impacted by the crisis. After working in Haiti to build sustainable communities for over a decade, our priority is to assist the Haitian government and local organizations by supporting the immediate needs of the Haitian people while developing a long-term recovery plan.”

About GivePower
GivePower is a 501(c)(3) non-profit organization committed to extending the environmental and social benefits of clean, renewable energy around the globe. GivePower uses solar and battery storage technologies to deliver essential services to the developing world. The organization has helped bring clean power and clean water to underserved communities in more than 20 countries across Africa, Asia and Latin America. Visit GivePower at www.givepower.org. Follow GivePower on Facebook, Instagram, and Twitter.

We are a team of engineers, developers and clean energy thought leaders. We design, build and deploy renewable energy systems that provide food, water and light to those who need it most.